I have been involved in sport for many years, from football to both codes of rugby to my latest landing spot of the Hundred in cricket where for the last two years I have travelled the length and breadth of the country with the Manchester Originals.

Going to Preston North End as a boy I always collected programmes but looking back they were pretty basic and never really changed until the late sixties when the merchandise revolution started. Going to Wembley in 1964 the best you could hope for was a homemade bobble hat and scarf or a rosette. The merchandising at clubs round about 1968 started slowly with badges, key fobs and combs but has over the last 50 years developed into a major source of income for most clubs. The badges have stood the test of time and I still have some dotted about the house but most of the other things I bought on my travels like pennants and cups have long gone. Even as a youngster growing up you knew if an item was going to last, and many items didn’t.

Today the replica kits are mass produced and very expensive too. In fairness to the Hundred all the kit is produced by New Balance and are great quality. I get my kit supplied but actually bought some kit for family members who reported back the same thing that it washes well and looks the part. Pedalling cheap promotional merchandise rubbish is non-starter these days where the customers pound in their pocket dictates where they are going to spend it. I have been dealing with BusinessGiftUK for many years and everything they have supplied has ticked all the boxes and done the job it was intended for.

Clubs in all sports rely on corporate hospitality and the gifts left on your table setting says a lot. Is a pen that will refuse to write the following week a good idea? Or the key fob that accepts your keys only to spit them out in your pocket? Quirky items are a good idea in corporate hospitality like the key ring with a light on it or a small sewing kit. You can always tell if the corporate gift has been received well by the number of discarded items left on the tables at home time.

Everton have an excellent idea in that they have a fans committee pre-game where they invite youngsters along to chat with the Marketing Team. They get £10 each. They are asked to go and spend it in the club shop and then return to the meeting place. They discuss why they bought it, what wouldn’t they buy and what they would save up to buy. This in my mind is revolutionary in that Everton accept these are the fans of the future and they want to look after them.

In my office at Swanny Towers I have many bits and pieces I have picked up down the years and still use many of them. A pen I was given when Sale Sharks won the Parker Pen Shield Back in 2002 is still going strong and an ice scraper given to me and branded by Ad Options many years ago still has pride of place in the glove box. It may only get used 5 or 6 times a year but it’s a god send on a frosty morning.

Name of the game in merchandising and getting your name around (and remembered) is product placement. Don’t buy cheap throw away items that are like the items you get from hook-a -duck on the fairground, it’s not worth the effort and wins you no friends or potential clients.

The matchday programme at sports games is a dying industry. Why? Because it’s rammed with adverts that nobody reads but the commercial teams at clubs sell the adverts to hit target and revenue streams. It has come down to yield rather than readability. When I started at Sale Sharks, I had a 70-30 split in content to adverts. When I left, it had gone to 40-60 in favour of adverts. Apart from Exchange and Mart have you ever bought a publication for the adverts? Neither have I. 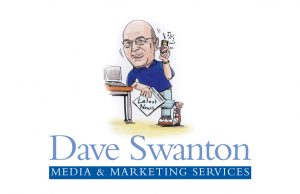